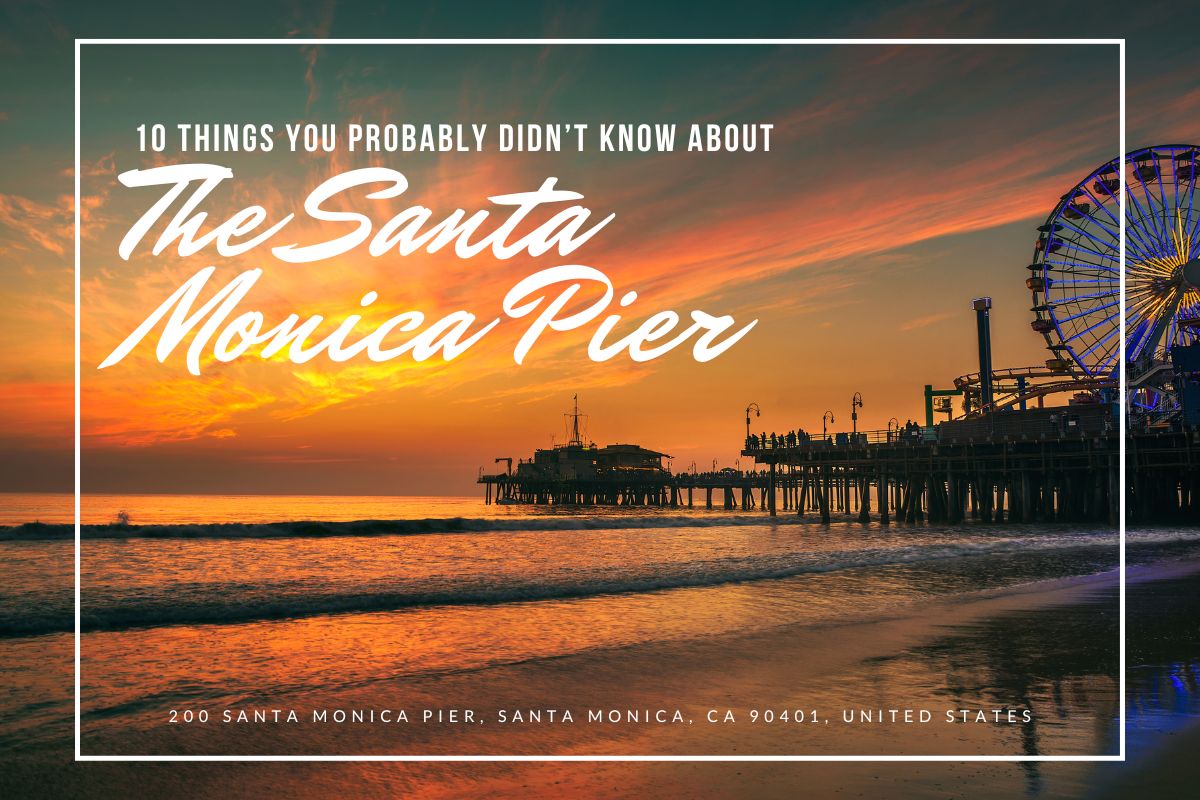 If you’ve never been to the Santa Monica Pier, then you are truly missing out on a California icon. To commemorate everyone’s favorite Pier’s 113th anniversary this month, we wanted to share some astonishing facts with you, from you to our family at the home of Dogtown Coffee’s premium Santa Monica breakfast.

1. The Santa Monica Pier opened on September 9, 1909, after 16 months of construction. That was over 100 years before everyone’s favorite Santa Monica coffee shop came to be!

2. The Pier has been featured in countless movies and television programs, including Forrest Gump, Iron Man, and South Park.

3. The Looff Hippodrome opened on June 12, 1916, allowing locals to ride the brand new carousel, the first ride on Looff Pleasure Pier. Since then, the attraction has been designated as Santa Monica’s first National Historic Landmark.

4. The Blue Streak Racer debuted on March 4, 1917, after being relocated from San Diego’s defunct Wonderland Amusement Park. The Charles Page-designed Blue Streak Racer, standing at 60 feet tall and with a track length of 3,600 feet, was quite a thrill for the time. The approximate layout is shown in the image below, as it took a small double out and back route with one giant hill in the middle. The ride was demolished in 1923 after six years of operation.

5. Muscle Beach was located south of the Santa Monica Pier between the 1930s and 1950s. It was all the rage in town (y’know, before the best Santa Monica coffee was all the talk of the town). The outdoor gym featured a platform and gymnastics equipment for athletes to work out on the beach.

6. Elzie C. Segar, who often brainstormed ideas for his comic strip Thimble Theater in a rented rowboat at the Pier, was inspired to create Popeye in 1929 by Olaf Olsen, a retired Navy man who operated a fleet there.

7. Charlie Chaplin purchased one of the first moorings at the Santa Monica Yacht Harbor when it opened in 1934. (1889-1977). The breakwater changed the ocean current, causing the beach to spread into the broad swath it is today. Watersports enthusiasts loved the calm harbor. Paddleboards were popular in the 1940s, and the Hui Maui Okidoki Club (later renamed Manoa) organized races and invented paddleboard water polo and ballet.

8. For many years, the Pier was unused as an amusement park until 1943, when Venice banker Walter Newcomb bought it out and changed the name to Newcomb Pier. In 1947, he replaced the aging Looff attraction with a 1922 Philadelphia Toboggan Company carousel.

9. A winter storm severely damaged the Pier in 1983, destroying roughly one-third of the entire structure. This prompted the community to initiate a restoration process to restore the Pier to its former glory. This, of course, included the first fully operational amusement park since the 1930s.

The next time you visit the Santa Monica Pier, be sure to stop by Dogtown Coffee, the place to get the best Santa Monica breakfast like none other! Our Santa Monica coffee is only a few blocks away!

Check Out These Events Going on in August 2022!
Advertisement