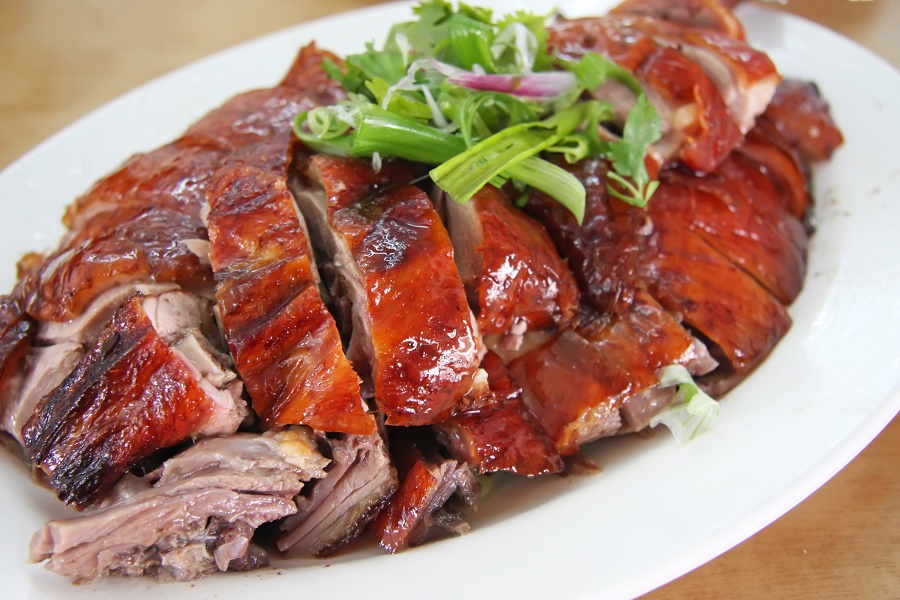 There are so many great restaurants, Los Angeles, that it’s hard to pick just one cuisine for dinner. But we’re partial to Chinese, and there are a plethora of options in the LA area, ranging from pretty decent to superb. Here are some of our favorites.

Hunan Chilli King, in San Gabriel, is best known for its authentic Hunanese dishes, and that means fiery red chilis. The little devils make their way into a lot of the better options, and they burn so wonderfully. Release some endorphins with the bacon belly with green onions, that’s sure to have your lips tingling. The best thing on the menu, hands down, has to be the steamed fish head. It’s surrounded by a fermented bean paste, and it’s a succulent combination of savory flavors.

Chengdu Taste, in Alhambra, veers into the Szechuan region, and it’s not uncommon to see lines out the door during the dinner hour. Some of the best dishes include the cumin-rubbed mutton and the boiled-water fish head with pickled green peppers. Both of these walk a fine line between hot and flavorful. The chili oil that is so popular in the region shows up all sorts of places, though, as it gives a kick to the steamed wontons as well. These are probably our favorites on the menu, as they’re plenty hot, but also addictive. You’ll be hard-pressed to stop gobbling them down.

Mr. Chow, in Beverly Hills, is more upscale, with the waiters dressed to the nines, and modern art hung on the walls. The food is down-to-earth, though, with some standouts being the shrimp toast with sesame seeds, and the veal tongue sliced thin, flavored with tea and cinnamon stick. All manner of noodles are available as well, in a variety of stir-fry and soup combinations that are sure to satisfy. You may even get a glimpse of celebrity chef Michael Chow, popping in to see that they’re running the place according to his specifications.

Last is Duck House, in Monterey Park. If you’re a fan of fowl, then you know that a perfectly prepared Peking duck is a rare and precious find. That’s what Duck House is all about, and you need to order the bird an hour in advance, an indication of how serious they are about it. The flesh comes out separated from the crisp skin, and there are pancakes made from rice flour in which to wrap the tender morsels, which you then accentuate with Peking sauce and cucumber. Heavenly.

You should be happy with that for a while, foodies. We’ll be back next time with some more dinner suggestions. Till then, we hope you enjoy all of life’s many exquisite flavors.